Is A Gap Year Before Retirement A Smart Move

You’ve worked steadily for decades, and retirement is nearing. But before you leave the workforce for good, you’d like to take a gap year, a one-year sabbatical away from your company. Maybe you want to travel. Maybe you’d like to focus on charitable work. Or maybe you just need some time to decompress away from the office.

And when that year is over? You’d like to return to your employer reinvigorated and ready to work through those last few years before hitting retirement.

This plan sounds good, but is it feasible?

Maybe, say workplace experts. A gap year can rejuvenate employees before they hit retirement. But taking a year away from the office can also come with risks: You could reduce the amount of money you’ll have for retirement. When you return, you might not even have a job.

But for some workers, that gap year can be a blessing.

Jennifer MacKenzie, managing director and co-founder of Inverness, Scotland-based TEFL, a company that teaches English as a foreign language courses, said that her firm has worked with several people over the age of 50 who take its classes as a stepping stone to teaching abroad, something that many of them do during a gap year away from their employers.

The older workers TEFL works with tend to focus on teaching abroad in more laid-back or exotic locations, such as Asia or Central America, a fulfilling way to spend a year doing something different than traveling to work each day.

“We’ve found that there is no real limit to opportunities when taking a career break, even for those over 50,” MacKenzie said.

And MacKenzie isn’t the only supporter of the gap-year concept.

Patrice Jenkins, a retirement consultant, speaker and author of the book “What Will I Do All Day? Wisdom to Get You over Retirement and on with Living,” said that she’s long been a proponent of gap years, especially as workers inch ever closer to retirement.

A gap year can provide workers with insight into what life after work will entail. It might help them discover how they’ll want to fill the hours of the day.

“The importance of financial planning and preparation for retirement is obvious,” Jenkins said. “The social and psychological transition of retirement is often overlooked. A gap year provides an opportunity to ‘practice’ retirement.”

People can learn how well they manage unstructured time, something they’ll have plenty more of once they retire. A year off can help people determine how important working is to them. People might learn during their gap year that they actually miss working. If that’s the case, they can then make plans for making some sort of work part of their retirement years, whether that’s taking on a part-time job, opening a consulting business or starting a small business of their own.

Then there are the practical aspects that couples face when retirement arrives. Living together without work might be a more challenging task than some couples realize. A gap year can give couples practice at spending more time together and working out solutions to any annoyances this might cause.

“If a couple can take a gap year together, that’s even better,” Jenkins said. “Managing the changes in a relationship, with so much time together, is one of the most challenging aspects of retirement.”

Steve Pritchard, business consultant for mobile phone network giffgaff in the United Kingdom, said that a gap year can help employees recharge emotionally as they get closer to the end of their careers. Burnout becomes a more prevalent issue for employees as they age.

“No matter how much employees love their jobs, as retirement age gets closer, they can lose their motivation to work to their best ability,” Pritchard said. “A gap year is a great way to solve this problem. It improves motivation and productivity for those who are on the brink of retiring.”

How does a year away from the workplace help rejuvenate employees? Pritchard says that many people dive straight into a career after graduating from high school or college and never give themselves the chance to travel. Job commitments get in the way.

A gap year, though, gives such employees the chance to take those long-neglected travels. When they return to the working world, these employees can return to their jobs feeling refreshed and perhaps appreciating their workplace more than they did before they left.

“When traveling, employees can realize how much they miss the routine and buzz of work, and the achievement they feel from completing good work and being rewarded for it,” Pritchard said.

This doesn’t always happen, though, Pritchard said. Some employees who take a year off might return even more lethargic than before they left. They might have discovered when gone that they enjoyed not working or that they are hungry for a new challenge with a new employer or in a different industry.

There are other risks – big ones. Taking a year away from work can devastate employees’ retirement savings if they haven’t yet saved enough.

“In almost every situation, a person taking a gap year prior to retirement is just a bad idea,” said Michael Dinich, a financial advisor with Sayre, Pennsylvania-based financial firm, Your Money Matters.

Dinich says that unless an employer has a strong, and largely unheard-of, benefit package that allows for a temporary leave from the company without a financial penalty, he would not recommend a late-in-the-career gap year to any worker.

It’s a simple matter of retirement economics, he said. Employees who have built up time on the job are likely to be receiving higher pay because of their experience and seniority. This higher pay boosts their Social Security earnings as well as any pension benefit their employers offer.

Leaving work for a gap year not only jeopardizes the pension, it also jeopardizes the worker’s salary, Dinich said, potentially reducing an employee’s future Social Security benefits. At the same time, there is no guarantee that an employer will bring a worker back after a gap year. Workers late in their careers might then struggle to land a new job, something that could severely limit the amount of money they amass before hitting their “official” retirement dates.

“If you talk to any workers with seniority who have been laid off in the past, it can be very difficult to find replacement employment at similar pay grades and rates,” Dinich said. “As much as I’d like to advise people to take a year off to goof around, it would be irresponsible. Any client that wanted to do this, I would instead encourage them to save more, invest better and reduce expenses in an attempt to just retire sooner.”

If you do have your heart set on a late-in-your-career gap year? Make sure that you can financially handle not getting your old job back. After all, you have no idea if your employer will fall on tough times financially while you’re gone. Even if the company had every intention of hiring you back, it might not be able to after your gap year ends.

Have you thought about taking a year off before retirement? What options are you considering?

Retirement: Which Expenses Will Disappear, and Which Will Emerge?Take a look at some expenses you can remove from your financial burden once you retire and which one... Retirement Plan Options for the Self-EmployedSaving for retirement is a critical part of your comprehensive financial plan, but setting aside fun... Jobs That Retirees Can Do From HomeTaking on a post-retirement job isn't just about filling the hours in your day. You've earned a brea... How to Determine if Retiring Early Is Right for YouIf you have the chance to retire early, should you take it? Each person’s financial and home situati... 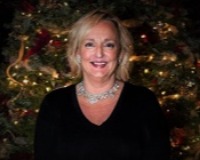 Is The Health Crisis Driving Buyers Out Of Urban Areas

The pandemic has caused consumers to re-examine the components that make up the “perfect home.” Many families are no longer comfortable with the locations and layouts of their existing homes.

A Historic Rebound For The Housing Market

Pending Home Sales increased by 44.3% in May, registering the highest month-over-month gain in the index since the National Association of Realtors (NAR) started tracking this metric in

What Are The Experts Saying About Future Home Prices

A worldwide pandemic and an economic recession have had a tremendous effect on the nation. The uncertainty brought about by both has made predicting consumer behavior nearly impossible. For that

What Are Experts Saying About The Rest Of 2020

One of the biggest questions on everyone’s minds these days is: What’s going to happen to the housing market in the second half of the year? Based on recent data on the economy,